Leading the Way in Offshore Safety

TSG Marine are leading the way in making offshore access to oil and gas platforms and wind turbines safer for thousands of offshore workers.

There are over 180 offshore platforms and 80 windfarms in the North Sea, when one of those assets needs maintenance or repair it isn’t an easy operation. Transporting workers and the equipment needed to do the job in the North Sea’s hazardous conditions is a sizeable task, but since the development of the first ‘walk to work’ project by TSG Marine’s Allan Syme in 2004 the marine access industry has transported millions of workers from ship to platform via a temporary gangway known as ‘walk to work’.

Now with the help of TSG Marine’s innovation team the industry is getting even safer. The release of a new piece of kit for the offshore industry will make the passage of workers from ship to platform or turbine even safer.

TSG Marine’s patent pending VDock Product ensures that temporary gangways connecting the ship to the platform are docked effectively by utilising a unique breakaway system if the connection is not secure. For motion compensated gangways TSG Marine’s VDock provides a quicker, smoother and safer connection.

VDocks reduce the likelihood of accidents occurring by proving the gangway operator a larger target to aim for, and a design which self-locates the gangway. Once docked, the additional lateral and vertical constraint reduces the possibility of the gangway slipping out from the connection and damaging the landing area or cause injury to crew.

The breakaway element of the VDock will release the gangway should it apply an excessive load whilst docking, allowing the gangway to retract and establish why an over-load occurred. The broken shear-pins can be easily replaced, and the gangway connection attempted again. Once the gangway has docked with a VDock, the shear break element will not be prone to breaking loads, ensuring safe Marine Access for crew. The shear pins are available in any break load and can be selected based on client requirements or following an evaluation of the landing structure, either standard or bespoke connection brackets will be provided to ensure the VDock can pivot without impacting any local structure or handrails. Safety gates can also be provided for the landing, to be retrofit at the same time as the VDock, delivering a setup ready for a safe and successful Marine Access campaign.

Designed to be light and easy enough to transport and assemble on the job the reusable VDock will protect the ship, offshore platform and the workers that it transports. TSG Marine’s new VDock is made from Nylon to reduce weight, improve gangway docking/sliding and includes an optional shear-break safety feature. The lightweight VDock are easily installed by a team of two, with individual components weighing no more than 25kg. 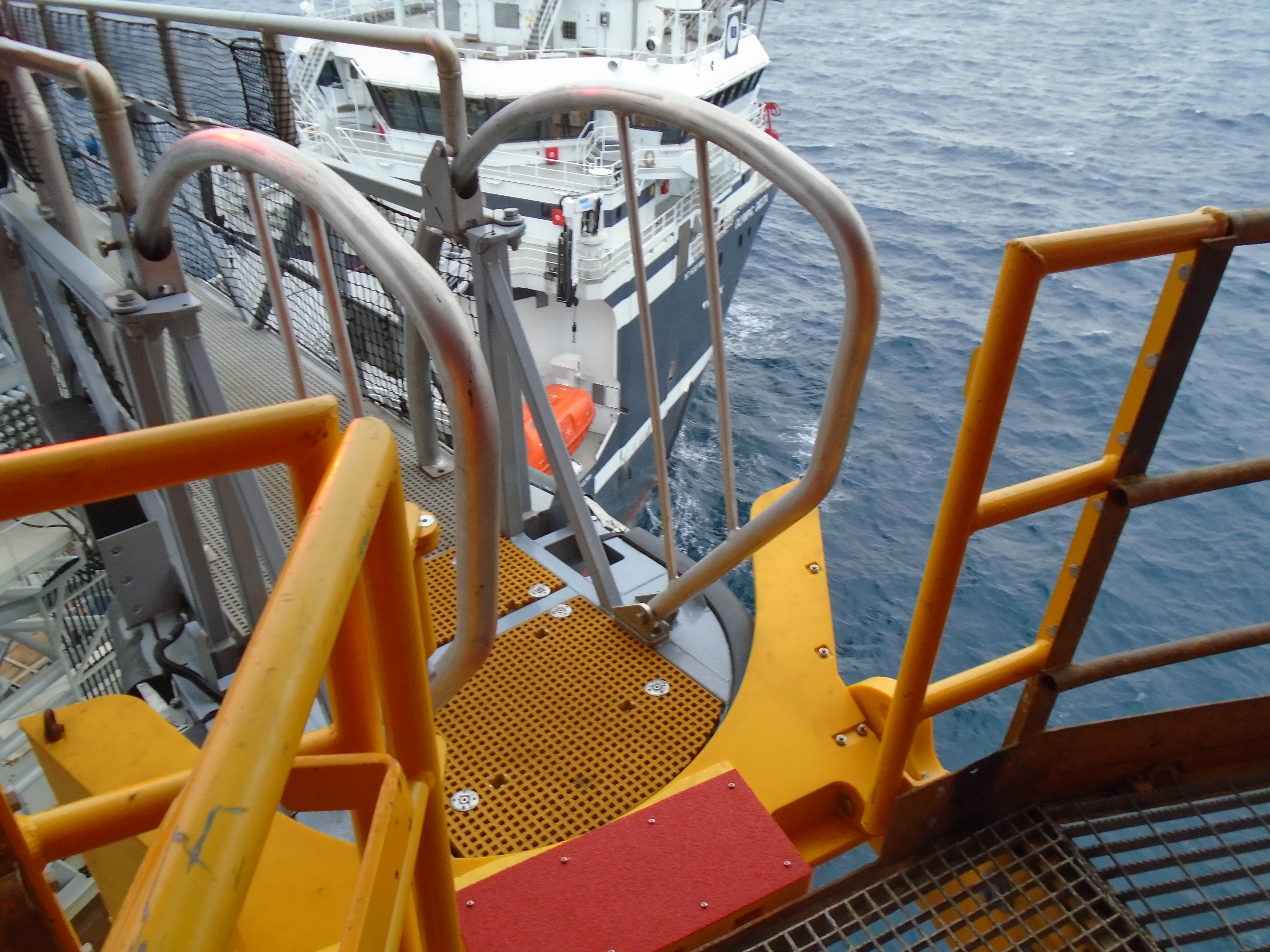 Resilience in an uncertain world